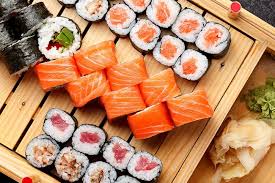 Are you on the raw food diet? If so, this article is liable to get you riled up. Recent studies say that raw food does not provide enough nutrition for the size of our brains, and another one says that we can’t digest raw food well enough to absorb it.

As you can imagine, it generated lots of comments, and I doubt that the furor will die down anytime soon. Something to think about while you’re eating your fruits and nuts for lunch.

Recently published research says humans wouldn’t have evolved without cooked food. What does that mean for our diets today?

There’s a story going viral today entitled Raw Food Not Enough to Feed Big Brains. The author discusses a new study that found early humans would have to have eaten more than 9 hours a day to get enough energy from unprocessed foods to grow bigger brains than primates. Suzana Herculano-Houzel, a neuroscientist and co-author of the new study says, “If you eat only raw food, there are not enough hours in the day to get enough calories to build such a large brain. We can afford more neurons, thanks to cooking.”

Our brains consume an amazing amount of our energy daily, taking 20 percent of our energy, compared to 9 percent for other primates. An earlier researcher, Richard Wrangham, proposed that humans began to evolve from primates when they discovered how to roast and cook food. Cooked food, Wrangham argued, predigests our food, making it easier to absorb and more efficient for our guts. He went on to research his theory with rodents and pythons, both of which grew larger more quickly when fed cooked food. Basically, this theory argues that the evolution of humans would have never happened without the help of cooked food.

Not surprisingly, this article and research has raised some ire in the raw food community (those who choose to only eat raw foods). Though the article states, “An ape’s diet in the wild differs from a modern ‘raw food diet,’ in which humans get sufficient calories from processing raw food in blenders and adding protein and other nutrients,” some felt the implications were still inherent to the research that raw food diets are insufficient for humans.

Here are some of the comments from the article. (Some comments I found just as interesting as the article itself!)

Ayursome: Ayurveda system of medicine said this 5000 years back. Raw food diet screws up the brain and nervous system badly. It effectively makes a person, an “air-head”.

ness013: You can get that answer in this article, you don’t even have to go back to the original study. Raw food diets still process their food in blenders and such. They even do chemical cooking that requires no external heat and they add supplements to their diet. They also have access to a variety of food that no primates would have had access to.

Chris Kendall: The failure of this article is to include what types of calories/foods are being considered. Indeed if those on a raw diet were eating leaves for the majority of their calories they would have a huge digestive energy expenditure and take all day to eat them, that is if they chewed them well enough. The majority of people I know on a raw food diet get the bulk of their calories from easily digestible fruits. These foods offer up more of the nutrients we need per calorie of any food and require less digestive chemistry as well as digestive time than any cooked food save possibly vegetable broth. This “theory” has been questioned and is nowhere near airtight.