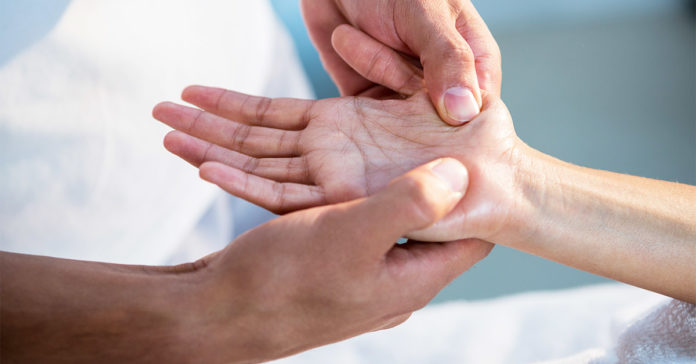 This article is liable to be thought of as “Woo Hoo” by some readers, so if you don’t believe in energy medicine, you’re likely best to stop reading now. Still here? Glad to see you. In a report called “Touch Therapy May Reduce Pain, Nausea In Cancer Patients” in Medical News Today, we learn of a new treatment that has proven beneficial in decreasing some of the symptoms of cancer.

As stated on the Jin Shin Jyutsu website, “Jin Shin Jyutsu is the Art of releasing tensions which are the causes for various symptoms in the body. Our bodies contain several energy pathways that feed life into all of our cells. When one or more of these paths become blocked, this damming effect may lead to discomfort or even pain. This blockage or stagnation will not only disrupt the local area but will continue and eventually disharmonize the complete path or paths of the energy flow.”

I first learned of Emotional Freedom Techniques about 10 years ago, which is the practice of using your fingertips to tap on various acupuncture points of the body (mostly on the face), to release energy blockage and promote better health. The two methods seem somewhat related, and while EFT can be used on dozens (hundreds?) of physical and emotional problems, this article only discusses cancer treatment. Please read on for more.

A new study by the University of Kentucky Markey Cancer Center shows that patients reported significant improvement in side effects of cancer treatment following just one Jin Shin Jyutsu session. Jin Shin Jyutsu is an ancient form of touch therapy similar to acupuncture in philosophy.

Presented at the 2012 Markey Cancer Center Research Day by Jennifer Bradley, who is the Jin Shin Jyutsu integrative practitioner at Markey, the study included 159 current cancer patients. Before and after each Jin Shin Jyutsu session, Bradley asked patients to assess their symptoms of pain, stress, and nausea on a scale of 0-10, with 0 representing no symptoms.

The study found that in each session patients experienced significant improvement in the areas of pain, stress, and nausea with the first visit and in subsequent visits as well. The mean decreases experienced were three points for stress and two points for both pain and nausea.

“I was pleased to see quantitatively the improvements that patients noted in these primary areas of discomfort,” said Bradley. “It was interesting to note that regardless of age, sex, or diagnosis, cancer patients received a statistically significant improvement in the side effects of treatment. It is encouraging to note that Jin Shin Jyutsu made improvements in these areas without adding additional unwanted effects that so often occur with medication interventions.”

Funded by a grant from the Lexington Cancer Foundation, Jin Shin Jyutsu is considered part of an integrative treatment plan available at the UK Markey Cancer Center. Bradley offers Jin Shin Jyutsu to all cancer patients at no charge. Patients may self-refer, though half are referred by their physician or

During a Jin Shin Jyutsu session, patients receive light touches on 52 specific energetic points called Safety Energy Locks as well as fingers, toes, and midpoints on the upper arm, upper calf and lower leg in predetermined orders known as “flows.” Patients remained clothed except for shoes, and all hand placements are done over clothing

Why The Elderly Have More Cancer Than Youths